2015 was a momentous year for global governance – both as a field of study and in practice. The decade preceding 2015 had brought out the urgent need for policy focus, and actionable plans that could create responsible growth and inclusive development for all people.  While Brexit and ‘America First’ are widely considered to be offshoots of similar concerns, a larger and more responsible section of the global community was already aware of the systemic issues that were impeding development and prosperity among the people of the world. Yes, the intensity of the backlash against globalization and multilateralism still caught policy makers by surprise.  Trade, multilateralism and globalization were commonly understood to have brought prosperity to a large number of people. However, the global financial crisis (GFC) of 2008 brought home the strong message of the need for multidimensional development of all people. The emergent crises of migration, rising fences across borders, technical barriers to trade – all suggested that the promised growth has not been inclusive enough, and tested the limits of global governance systems and their policy agendas. Sharing the benefits of globalization and the resultant prosperity, and making growth inclusive became the byword for policy makers across the globe.

In that context, partnerships among regions and countries, with multiple stakeholders and with common objectives, have become more important than ever. 2015 marked a defining year for sustainable development worldwide, and for putting the trust back into the global governance mechanisms for development. World leaders adopted at the 70th UN General Assembly on 25 September 2015 a new global sustainable development framework: the 2030 Agenda for Sustainable Development- popularly called the “2030 Agenda”- having at its core the Sustainable Development Goals (SDGs). In the same year, the Paris Climate Agreement (COP21), the Addis Ababa Action Agenda -as an integral part of the 2030 Agenda – and the Sendai Framework for Disaster Risk Reduction were also adopted.

Seemingly different in their mandates, and governed by different global institutions, these programmes provide a multidimensional platform for creating synergy in policy and planning for sustainable development across the world.  The development goals in Agenda 2030 and Intended Nationally Determined Contributions (INDCs) in the Paris Agreement are linked in a manner where individual country efforts are clearly tuned into bilateral, trilateral and global cooperation programmes/agreements, as sustainable development goals (SDGs) do not necessarily produce results within borders. In other words, the spillovers of development and cooperation have been codified in the targets and objectives of Agenda 2030, the Paris Agreement, the Sendai Framework and Africa 2063. Further dimensions of inclusiveness and sustainability can be built in through the Istanbul Programme of Action for Least Developed Countries (LDCs), Almaty Programme of Action for Landlocked Least Developed Countries (LLDC), and Samoa Pathway for Small Island Developing States (SIDS) for strengthening the objectives and goals of global development programmes.

The 2030 Agenda is based on a global partnership involving many stakeholders, and requires mobilization of all means of implementation and a strong follow-up and review mechanism to ensure progress and accountability. The 17 SDGs help to steer a process of convergence, among Member States, within societies and with the rest of the world. This is also true for INDCs in the Paris Agreement, and the commitments in the Sendai Framework and Addis Ababa programmes. But priorities, progress, capacities can vary regionally and indeed by country. 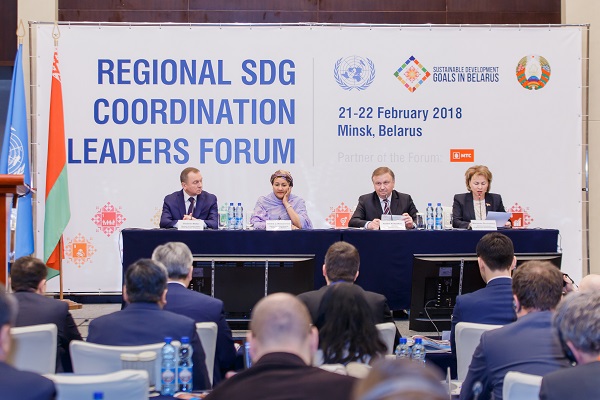 Europe has a strong starting position on implementing the SDGs. European societies however face many sustainability challenges, such as youth unemployment, ageing populations, climate change, pollution, sustainable energy and migration. Europe’s overarching challenge is to prepare itself for the future, even as it responds to the pace and complexity of global change and the demands of an increasing global population. The SDGs provide ample opportunity for Europe to turn these challenges into opportunities for development of all, where no one is left behind.

Asia has succeeded in dramatically reducing poverty, increasing levels of education, extending life expectancy and building fast growing and resilient economies that have largely weathered the global crises. Yet, Asia has the strongest need to pursue results under the SDGs in order to make growth inclusive and leave no one behind.

Compared to Europe, the assessment of the SDGs in Asia is a more diversified exercise, with equally diverse results. The United Nations Economic and Social Commission for Asia and the Pacific (UNESCAP) analysis of SDG implementation  in 2017 shows that inequalities are widening in terms of income and wealth, opportunity and access to services. Income inequalities grew in almost 40 per cent of all countries in Asia. Large disparities exist in access to education, bank accounts, clean fuels and basic sanitation. Poor and disadvantaged groups are disproportionally impacted by environmental degradation. Inequalities in income and lack of employment opportunities, along with poverty, landlessness, and vulnerability to natural disasters and climate change could unravel development gains in Asia. Healthy progress and standards in rich Asian countries are depressed by results from poor and developing countries.

UNESCAP estimates disasters also widen inequalities in both rural and urban areas. Climate change continues to magnify and reshape the risk of disasters and increasing their costs. With over half of global greenhouse gas emissions coming from Asia Pacific, countries in the region also face the considerable challenge of decarbonization. The significant growth in renewable energy has been outpaced by growth in energy demand and fossil fuel use.

The institutions of global governance seem to have regained the trust and commitments from their diverse constituent members when the converging development programmes were put together in 2015. The spirit of inclusive development and the motto of “Leaving no one behind” has resonated in national, regional and even local policies and actions for development. The real test of global governance, however, lies in delivering the results even as these must be achieved while acknowledging the national policy space of individual member countries. This requires re-aligning investments and strategies to deliver the results for global development programmes. The SDGs will continue to be implemented within national policies, and will be shaped by different national realities, capacities and levels of development in member countries.

Yet, the SDGs entail universal goals and targets which involve the entire world, developed and developing countries alike. The scale and ambition of Agenda 2030, the Paris Agreement, Africa 2063, Sendai Framework, and the Istanbul, Almaty and Samoa programmes have made considerable inroads to restore the trust of various stakeholders in the mandate of global governance systems. These programmes, however, require a global partnership to ensure implementation at regional and sub-regional levels. The United Nations and other multilateral systems are well placed to bring together regional governments, the private sector and civil society together for mobilizing resources and expertise on sustainable development. 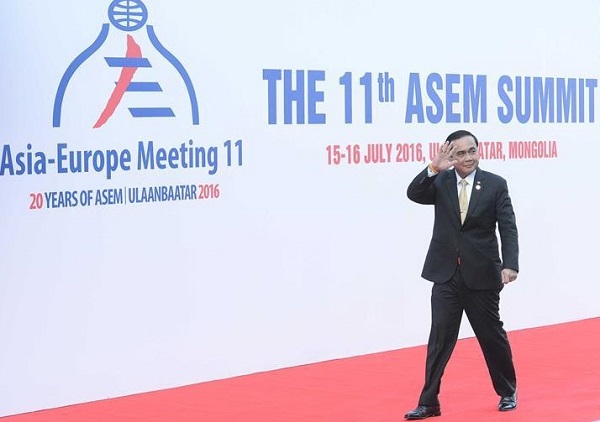 Some important partnerships are already emerging, and showing results. The G20’s initiative for Africa is creating partnerships between G20 members and African countries in a planned and practical manner. The Asia Europe Summit (ASEM) is working at converging its strategies for connectivity to further the global development objectives. The European Union has a strong International Cooperation and Development programme where it works with its partners on some or all the 17 goals of SDGs. The federal government of Switzerland’s  MONET system of indicators, which is used to monitor sustainable development, can be shared with other countries in a customized manner to track progress with the SDGs in respective countries.

Global governance institutions have an opportunity to reclaim their legitimacy and the rationale to lead the global community. In this version, a cooperation strategy that aims at regional results could better realize the global development programmes’ objective of leaving no one behind. Global governance 2.0, therefore, is about finding synergy among global partners for regional results.

One Response to “Global Governance 2.0: Enriching the Regional Content in Global Development Programmes”